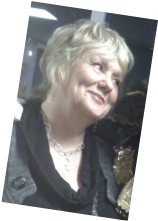 Billie Sue has been teaching, acting, and directing in the Tulsa area for more than 35 years in both  professional and educational environments.  Her teaching credits include serving as teaching artist for Harwelden Institute, Tulsa Summer Arts, Oklahoma State University, Loyola University in New Orleans, La., Tulsa Community Arts, Broken Arrow High School, Theatre Arts, Inc., NSU’s  Summer Repertory Theatre, Tulsa Arts and Humanities Artist in the Schools, and Monte Cassino School’s "After 3" classes, and Cassia Hall Performing Arts Camp. She currently is teaching Improvisation for Teens and Children’s Theatre  at The Spotlight and Theatre Tulsa.
Acting credits include New Orleans Mime Troupe,  commercial and industrial  film work, and major  plays mounted by Tulsa area theatres including  On Golden Pond, The Bald Soprano, The Lion In Winter, The Foreigner,  Brighton Beach Memoirs, Quilt, To Kill A Mockingbird, Agnes of God, Night of  the Iguana Playhouse Creatures, and Oklahoma Outdoor Theatre’s The Trail of Tears.
Her directing credits include critically acclaimed work in After Miss Julie,  The Children’s Hour, Lost in Yonkers, Pinocchio, Stuart Little, Charlie Brown, Anne of Green Gables, The Cemetery Club, Summer and Smoke, Cheaper By The Dozen, Raggedy Ann and Andy, Tom Sawyer, The Yellow Boat, An Inspector Calls, Step On A Crack, Cinderella, Charlie and The Chocolate Factory , Bus Stop, and  Screwtape Proposes A Toast.. A teaching artist for Harwelden Institute, BS directed and acted in The Sorcerer’s Apprentice, the children’s tour show selected for Harwelden.  She holds a Bachelor of Arts degree in Speech and Theatre from Oklahoma State University and pursued graduate work in Children’s Theatre at Loyola University in New Orleans.
Billie Sue was selected to study with George Morrison at the New Actor’s Theatre in New York City. She was the recipient of the Governor’s Award for contribution  to the State on Excellence for Community Service in the  Arts, and selected Broken Arrow High School teacher of the year. She was a founding member of Broken Arrow Community Theatre and  is the artistic director  of Actor’s and Children’s Theatre and proud to announce ACT’s new Theatre / Teaching space and Studio at 1532 S Harvard.

Graham is a Tulsa Native, currently pursuing an acting career in New York City. He is an Actor's & Children's Theatre Original, having been a teacher and collaborator with Billie Sue since A.C.T. was formed 15 years ago. As a young actor in Tulsa he was a member of The Obnoxious Party Guests (Tulsa's Original Improv Comedy Troupe) as well as performing roles in many successful Actor's & Children's Theatre productions including: Willy Wonka in Charlie & the Chocolate Factory, Charlie Brown in You're A Good Man Charlie Brown, Frizbee in Step on a Crack , Dad in Cheaper By The Dozen, Prince Leonard in Raggedy Ann & Andy and The Herold in Roger's & Hammerstein's Cinderella.  Other Tulsa Area productions include The Great Quillow & The Giant, Charlotte's Web, Antigone, Anne of the 1000 Days, Dracula, A Midsummer Nights Dream, You Can't Take It With You, An Inspector Calls, Babes In Toyland and The Yellow Boat which won him an Oklahoma Community Theatre All-State Acting Award. Graham received a Bachelor of Fine Arts Degree from The University of Central Oklahoma: Shows include Laughter On the 23rd Floor, A Midsummer Nights Dream, The Diviners, I Rise In Flame Cries the Phoenix and Remote Control (Original Cast). Awards: Best Actor in a Main Stage Production, Best Actor in a "One-Act" and Best Director. In 2002 Graham made the move to NYC where he joined the cast at The Jekyll & Hyde Club ( An Interactive Dinner Theatre) as the Romanian Mad Scientist, Dr. Gilbert Mange. He also had the opportunity to perform in hundreds of Theatres across the country while working for American Family Theatre. National Tours include Babes In Toyland (twice) and The Adventures of Tom Sawyer. Recently Graham made his New York Directorial Debut, directing a scene from Pigeons: The Musical by Ashley Rebecca King at the Jerry Orbach Theatre (Off-Broadway) and is a recent graduate of the People's Improv Theatre in Manhattan. Member of the Actor's Equity Association.
Actor's & Children's Theatre * (918) 455-2953 * 1532 S. Harvard  Tulsa, OK 74112